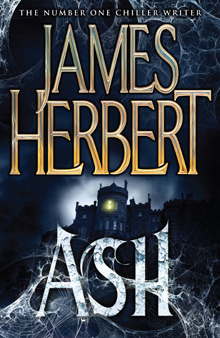 It received scant notice on this side of the pond when James Herbert died at the age of 69 in March, 2013. I wasn’t even aware he had died until late in 2014. This demonstrates a considerable cultural difference between the States and England, where Herbert was the most successful and influential horror novelist of all time. His books have sold nearly 60 million copies and he was the leading stylist of what became known in Britain as “nasties”: horror novels that piled up gore, explicit sex, and far out plots, written in a breathless, fast-paced style. The sometimes extreme levels of gore and violence made the books difficult to read at times; the writing style made them impossible to put down. Once begun, you had to finish the book just to see what could happen next. In the 1980s, this movement reached America (by way of the English writer Clive Barker), in a more literary style that became known as “splatterpunk”.

James Herbert, whose first book came out the same time as Stephen King’s Carrie, was a talented writer who was responsible for some of the great horror novels of the past four decades. He started with real pulp, the go-for-the-throat, no-holds-barred horror of The Rats, but by his second novel he was creating believable characters and situations that took horror to new levels. The Fog, no relation to the John Carpenter film, is about a mist of chemicals traveling through the English countryside, turning everyone who comes into contact with it into homicidal or suicidal maniacs. In the most notorious section, a young woman attempts to commit suicide by drowning herself in the ocean, only to have second thoughts and begin to fight the powerful undertow and make her way back to shore. Blocking her way are thousands of people, the entire population of the beach town, walking into the sea like lemmings in a giant mass suicide shortly after the titular fog has passed through. The young woman never makes it back. It’s a genuinely chilling moment, and reveals a dark imagination at work. Herbert never really matched that scene, and his books swung wildly in quality from excellent (The Fog, Shrine, Domain, The Magic Cottage) to mediocre (Moon, The Dark, The Secret of Crickley Hall) to bad (Once, The Jonah, Portent, The Spear). Herbert’s books hurtle along at rocket speed, piling one horror on another, until the reader becomes exhausted. There’s nothing in any of his novels that qualifies as “literary”, but that’s fine. Herbert never made any claims to being literary. As a writer he’s far below the level of his American counterpart Stephen King, though even in his worst books nobody had ever accused Herbert of being boring (as some King books can be). If King is, as he described himself, the “literary equivalent of a Big Mac and fries”, then Herbert is the literary equivalent of a White Castle slider. If you like it, you love it, but nobody will ever make the mistake of calling it gourmet cuisine.

Ash is Herbert’s last book, barring any future posthumous releases. It is the continuing saga of ghost hunter David Ash, the protagonist of the earlier, excellent, novels Haunted and The Ghosts of Sleath. Unfortunately, David Ash’s saga and James Herbert’s career close not with the thunderous boom of a sarcophagus lid but rather the dull thud of a pine box.

In this novel, David Ash investigates the paranormal goings-on at a castle in Scotland. A man has been found crucified against a wall, held firmly in place by nothing. There is far more going on at Comraich Castle than a malevolent spirit, however. The castle has been used for over a hundred years by a cabal of extremely powerful people who go by the name the Inner Court and who specialize in making problems disappear. The castle is home to criminals, dictators, and those who could prove harmful or otherwise detrimental to those in power. Adolf Hitler’s aged daughter is kept in a cell in the basement, as are a high-ranking Church of England bishop who is also a notorious pedophile, Moammar Ghadafi who was secretly escorted out of Libya after his body double was assassinated, and Princess Diana’s first-born son (and heir to the throne), Louis, who suffered a severe birth defect that left him with nearly transparent skin. There is also a paid assassin who works for the Inner Court but who is determined to destroy the castle and everyone inside of it before the cancer in his body kills him.

The problem with Ash is that the title character is a ghost hunter and, while there are some supernatural events happening at the Castle, being channeled through the aforementioned unknown daughter of Hitler, those events are few and far between and then largely forgotten as the book winds down.

And this is the biggest issue with the book: as bombs are going off and castle walls are collapsing, as the main characters are desperately looking for a way out of the inferno, the supernatural elements of the book all but disappear and never threaten the heroes. There is a very creepy scene where Ash and his fellow protagonists need to make their way through a spider-infested cave, but that’s it. And even this scene may only be creepy to arachnophobes. A few of the less savory characters, the all-too-human villains, meet their ends at the hands of malevolent spirits but this seems to be almost an afterthought, as if at the last moment Herbert remembered that he was writing a ghost story and backfilled a few chapters with token appearances of the supernatural.

It’s a satisfying end to the story of David Ash, a likeable character whose experiences in earlier books would put Job to shame. It’s not a satisfying end to Herbert’s career, a book from the bad section of his lengthy bibliography. That’s unfortunate because, at his best, James Herbert crafted some of the most intense, horrifying scenes in the entire genre of horror fiction. None of those scenes appear in this book, a too-long, flat, novel that wants to go somewhere but never gets off the ground. James Herbert’s career has sadly ended with his first truly boring book.